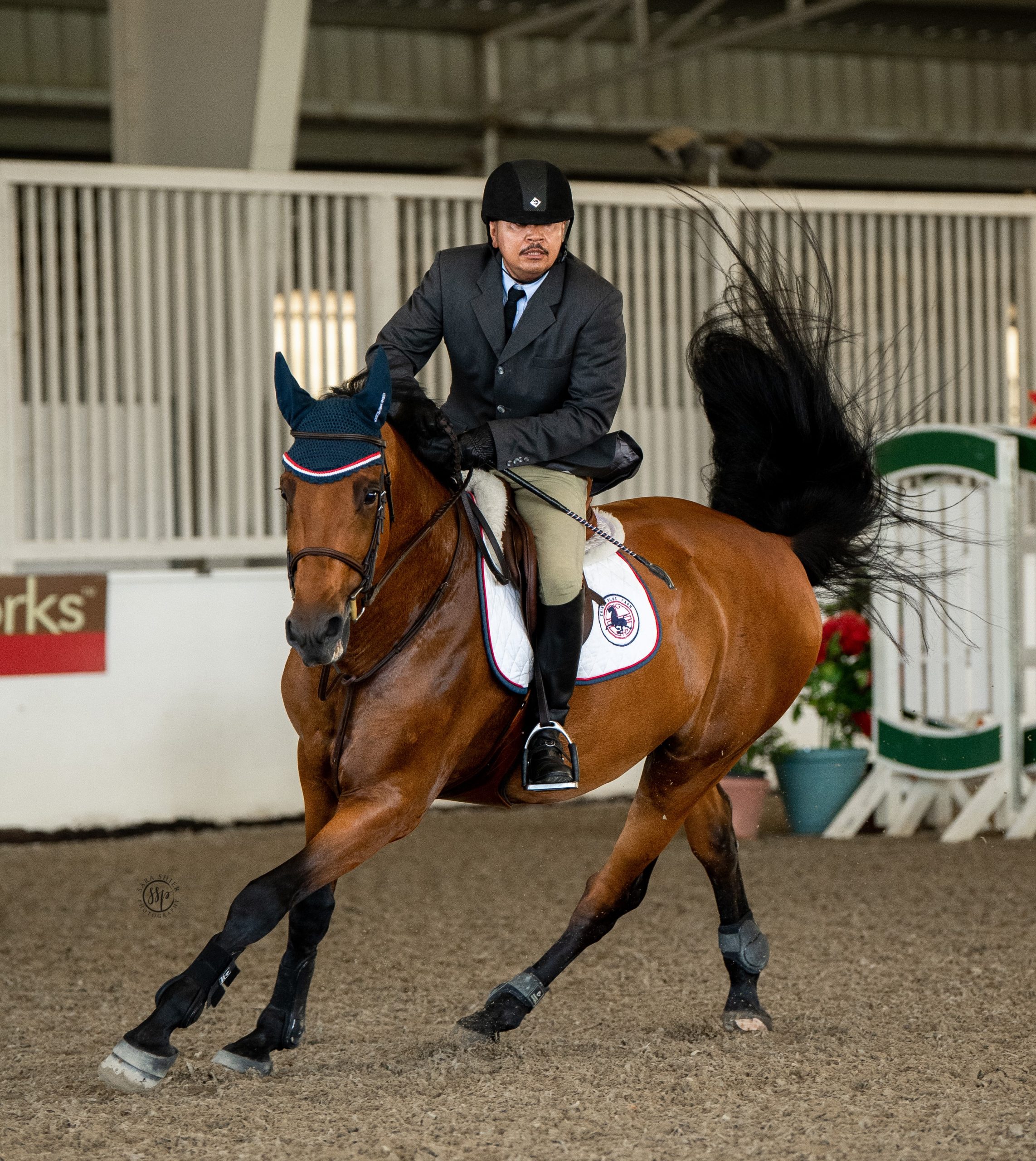 China Blue Farm has been an integral part of the American hunter and jumper industry for the past two decades. Without a doubt, the farm’s success with young horses and ponies is, in part, due to Candelario Jimenez. Candelario joined China Blue Farm in 2002 and has been instrumental in working with, breaking and showing the farm’s youngsters. Candelario’s talent, discipline, perseverance, passion and professionalism has remained unwavering throughout him tenure at China Blue Farm.

Upon moving to the United States, Candelario began his career in the thoroughbred industry where he prepared young horses for success on the racetrack. But like most professionals in the equestrian world, Candelario soon expanded the scope of his career to become more versatile. In 2002, he transitioned to the hunter and jumper disciplines and formally joined the team at China Blue Farm.

Once at China Blue Farm, Candelario began working with the foals, doing early handling and groundwork. With patience and a calming firmness, he soon proved his skills went above and beyond his work with young and energetic racehorses. It was immediately clear that his ability to connect with these young animals gave way to building the trust needed to train champions.

As China Blue Farm’s breeding program grew, so did Candelario’s responsibilities. His expanded role entailed not only doing early handling and groundwork with foals, but also training the farm’s young horses and ponies to compete in the hunter breeding division.

China Blue Farm has brought many successful young hunters and jumpers to the show ring with the assistance of Candelario. Having done the groundwork on these young horses, he has gone on to teach them how to lunge, longline and work in tack. Since joining the China Blue Farm, he
has laid a solid foundation on countless youngsters, helping them grow and develop into future champions.